A University of Maryland expert in robotics has won a National Science Foundation (NSF) Faculty Early Career Development (CAREER) award for a project designed to improve the reliability and performance of multi-robot systems in dynamic, outdoor environments.

Pratap Tokekar, an assistant professor of computer science, is principal investigator of the NSF award, expected to total $548,808 over five years.

The funding supports efforts to make teams of robots more resilient by developing coordination algorithms that can assess the risk of individual robot failure due to unfavorable environments. Current systems can often fail if one of the robots in a team—a single drone within a swarm of small drones, for example—fails due to mechanical or electrical problems.

“The unique thing to this project is to understand resilience and this notion of risk-awareness from a teaming point of view,” says Tokekar, who has appointments in the University of Maryland Institute for Advanced Computer Studies and the Maryland Robotics Center. “That’s something where we hope to make contributions to the broader scientific community.”

Multi-robot systems are currently deployed in warehouse and industrial settings–controlled environments with little risk. Tokekar and his group will work with teams of robots in more dynamic spaces, where they can address potential challenges like poor weather and cyber-attacks, both of which can disable robots or their sensors.

The researchers will use precision agriculture—where farmers use modern technologies like satellite sensing, drones, autonomous vehicles and more—as their domain to field test the coordination algorithms they develop.

They will be looking at a team of aerial and ground robots with various sensing capabilities to monitor the health of crops on a farm, says Tokekar. Aerial robots can cover relatively large areas at one time, he explains, and can be used as scouts to get an idea of how to coordinate with ground robots that can gather data from more specific locations.

In addition to understanding multi-robot systems coordination, Tokekar says an important component of the NSF project is educational outreach.

They are creating teaching modules like PRISM—Programming Robots to Inspire a STEM Mindset—that will plug into the Iribe Initiative for Inclusion and Diversity in Computing. The modules will use small robots and simple interfaces to create a visual and hands-on experience for kids interested in programming, artificial intelligence and machine learning.

It’s also a way to introduce research to young students interested in studying robotics, Tokekar says, and an online, cloud-based simulator for students to continue their experience virtually is also in development.

In addition to graduate and undergraduate students working with Tokekar on the Maryland campus, the project will involve experts from other universities: assistant professor Song Li at Virginia Tech and professor Jnaneshwar Das at Arizona State University.

Tokekar says that this type of multi-institutional collaboration makes the research sustainable, so the knowledge learned goes beyond the scope of the five-year project.

He envisions multi-robot systems resilience as an essential part of future robotics research.

“The long term is to have teams of robots in the world, collaborating, coordinating, not only amongst themselves,” he says. “It involves a whole bunch of other things like human-robot interactions, communications across different types of infrastructure, and a perception and understanding about what’s happening in the world. Resilient coordination is only one piece of the puzzle.”

“CAREER: Secure, Resilient, and Risk-Aware Multi-Robot Coordination” is supported by NSF grant #1943368 from the NSF’s IIS Division of Information and Intelligent Systems.

PI: Pratap Tokekar, assistant professor of computer science with appointments in the University of Maryland Institute for Advanced Computer Studies (UMIACS) and the Maryland Robotics Center.

About the CAREER award: The Faculty Early Career Development (CAREER) Program is an NSF activity that offers the foundation’s most prestigious awards in support of junior faculty who exemplify the role of teacher-scholars through outstanding research, excellent education and the integration of education and research within the context of the mission of their organization. 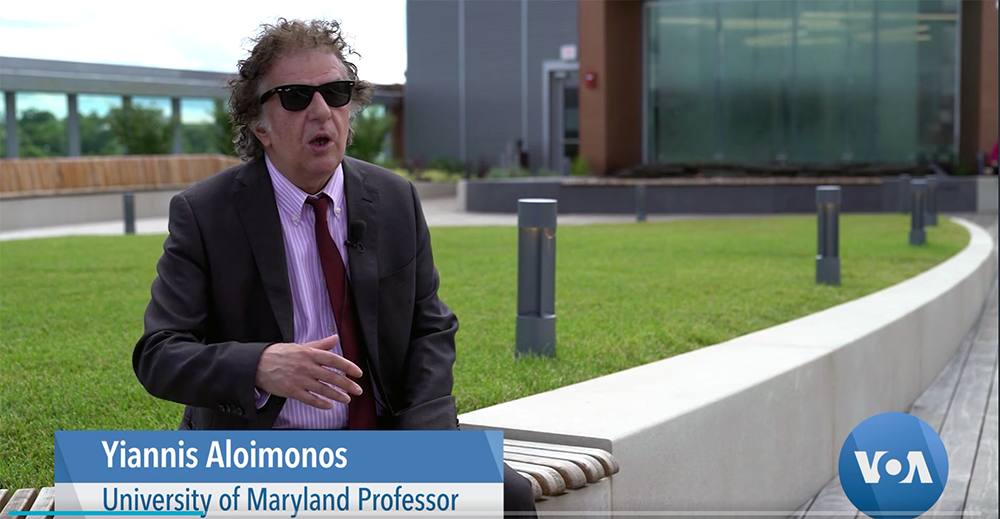