Professor Cynthia Moss (Psychology/ISR) is the principal investigator leading an international research team on "Multimodal sensing in the natural environment," a three-year research grant from the Human Frontiers Science Program.

The project will advance critical new insights to how animals process, represent and use multimodal sensory information from the natural environment. This includes how they build cognitive maps of their natural environments to make decisions for goal-directed actions. Through integrated field and lab studies, computer modeling and biomimetic robotics, the project will contribute to a deeper understanding of multisensory integration, scene analysis, and spatial navigation in natural settings.

The work will focus on four different bats: the Egyptian fruit bat, a Neotropical frog-eating bat, a European trawling insectivorous bat, and a North American aerial insectivorous bat. The diversity of bat species and their adaptations to different environments and behavioral tasks make them especially well-suited for this line of inquiry.

Research on sensory processing in bats has, up until now, largely emphasized a single modality, typically echolocation. The research team will launch a major research effort aimed at uncovering the contribution of multisensory processing to the natural behaviors of free-flying bats. The use of novel on-board sensors will give us access to a bat’s view of the world as it moves in time and space. Sensor recordings will be taken in the field, where bats commute over long distances, negotiate obstacles and find food, and in the laboratory, where animals can be trained to perform tasks in experimentally controlled settings.

The project is directed at understanding the conditions that give rise to cross-modal enhancement of information, differential weighting of sensory information through separate channels, and behavioral decisions in the face of sensory conflicts. In addition, the team proposes studies that elucidate the role of spatial memory in a variety of tasks and determine the conditions in which bats switch from sensing modes to memory modes. The team also plans to investigate and develop mathematical representations of sensory processing and computational architectures for spatial memory, navigation, learning and adaptive behaviors with a view towards exploiting such architectures in complex robotic navigation systems.

About the research team
In addition to Moss, the team members are: John Hallam and Annemarie Surlykke, University of Southern Denmark, Odense; Rachel Page, Smithsonian Tropical Research Institute, Panama; and Yossi Yovel, Tel Aviv University, Israel. Their geographic locations provide access to an extraordinary array of field sites and multimedia lab facilities, which positions the team uniquely to carry out the work.

About the Human Frontier Science Program
The Human Frontier Science Program (HFSP) is an international program of research support, funding frontier research on the complex mechanisms of living organisms. Research is funded at all levels of biological complexity from biomolecules to the interactions between organisms. The HFSP is implemented by the International Human Frontier Science Program Organization (HFSPO) with its office in Strasbourg, France. HFSPO members are called Management Supporting Parties (MSPs). These are the contributing countries of Australia, Canada, France, Germany, India, Italy, Japan, Republic of Korea, Norway, New Zealand, Switzerland, the United Kingdom, and the United States of America. In addition, the European Union contributes on behalf of non-G7 EU members. 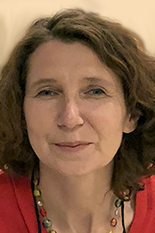 Wen, Horiuchi are runners up for BioCAS 2018 Best Paper Award