Clark School Associate Professor Sarah Bergbreiter (ME/ISR) recently gave a TED Talk on her microrobotics research at TEDYouth 2014: Worlds Imagined. The event for middle- and high-school students was held at the Brooklyn Museum in New York on Nov. 15, 2014.

Bergbreiter is a member of the Maryland Robotics Center. Her research interests are in microrobotics, micro-electro-mechanical systems, microactuators, soft robotics, robot locomotion, networked centimeter-scale robots and millimeter-scale power systems. She came to the University of Maryland in 2008 and earned tenure in 2014. Bergbreiter is the recipient of a Presidential Early Career Award for Scientists and Engineers (PECASE) in 2013; an NSF CAREER Award for "Microrobot Legs for Fast Locomotion over Rough Terrain,” in 2011; and a DARPA Young Faculty Award in 2008. She also has been the principal investigator for an NSF Research Experiences for Undergraduates in microrobotics. NSF’s Science Nation online magazine featured Bergbreiter’s work in the video, ”As fast as their tiny ‘bot’ legs will carry them!”.

TEDYouth is a day-long event with live speakers, hands-on activities and great conversations. Scientists, designers, technologists, explorers, artists and performers share short talks on what they do best, serving both as a source of knowledge and inspiration for youth around the globe. 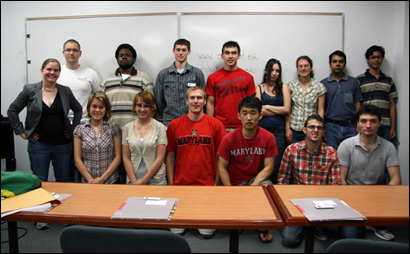 These are tiny robots. And they are awesome.