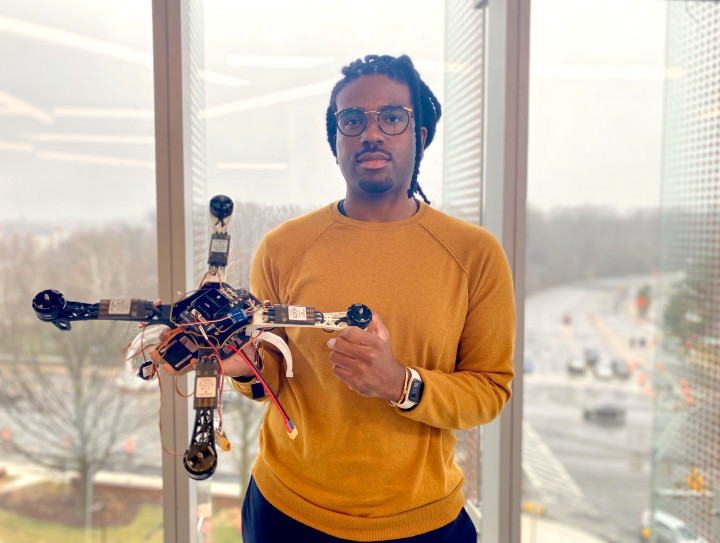 Robotics systems can make complicated, dangerous and time-consuming tasks easier, such as guiding troops through treacherous terrain or surveying crops. But for these systems to do their job correctly, they must correctly perceive the world around them via sensors.

Troi Williams, currently at the University of Maryland as part of the prestigious Computing Innovation (CI) Fellows program, is focusing his research on improving robotic sensing capabilities.

Collaborating with UMD faculty and students, Williams uses machine learning algorithms to dynamically predict the bias and uncertainty of a robot’s sensors. These predictions, in turn, help the robot determine if it can competently perform a task.

The machine learning algorithms use various types of information to predict measurement accuracy, including human-understandable concepts such as distance, bearing, speed, and ambient lighting. Currently, Williams works with robot sensors such as color cameras or LiDAR (light detection and ranging) technology.

At Maryland, Williams is working with Pratap Tokekar, an assistant professor of computer science with an appointment in the University of Maryland Institute for Advanced Computer Studies who leads the Robotics Algorithms & Autonomous Systems (RAAS) Lab.

They are currently exploring a multi-robot collaboration project where an aerial drone helps a ground robot navigate to a goal area and avoid obstacles.

“We assume the ground robot requires guidance because, for example, its external sensors were damaged,” Williams says. “Therefore, the ground robot cannot observe its surroundings, avoid obstacles, or find its way to the goal. This project is interesting because the drone must continually determine optimal positions that allow it to observe the ground robot accurately. Otherwise, the ground robot may collide with obstacles due to inaccurate measurements from the drone.”

He adds that this problem is applicable to scenarios where a drone—either remote-controlled or autonomous—guides allies such as autonomous land vehicles or soldiers through a foreign area while avoiding hazards like obstacles or booby-traps.

While his academic work is currently grounded in computer science and autonomous robotics, his inspiration for all-things-technical came from an early exposure to airplanes.

Growing up in the Virgin Islands, Williams traveled frequently by plane with his mother and grandparents to visit other family members in the mainland U.S., the United Kingdom and the Caribbean. As a teenager, he became adept with flight simulator games, mastering the skills needed to taxi, take off, cruise, land, use the autopilot, and fly with flight instruments, all without the use of the in-game tutorials.

While earning his undergraduate degree at the University of the Virgin Islands, he took flying lessons, securing a private pilot’s license with instrument and complex-aircraft ratings before heading to an internship at NASA Johnson Space Center and Norfolk State University for his master’s degree.

Williams completed his doctorate in computer science and engineering at the University of South Florida in December 2021 and was then offered the coveted CI fellowship, which provides a $75K annual stipend and the opportunity to work with a senior faculty mentor for two years.

In addition to gaining experience in autonomous robotic systems, Williams says his collaboration with Tokekar has also taught him hands-on skills in other areas such as managing a lab, developing organic mentor-mentee relationships, and opening communications with potential collaborators.

He is already using these skills at Maryland, where he has made it a goal to actively mentor both undergraduate and graduate students.

In the future, Williams says he would like to mentor more students from underrepresented backgrounds—including those from organizations like the National Society of Black Engineers—and promote diversity in the labs he works in and, in the near future, will run on his own.

Tokekar says that Williams has been a great addition to the RAAS lab.

“In the short time that Troi has spent here, he’s made very strong progress in his research,” Tokekar says. “It’s also wonderful to see him mentoring and reaching out to students. Overall, I’m quite impressed by how focused he is and how he has hit the ground running.”

Thanks to Melissa Brachfeld for this story. 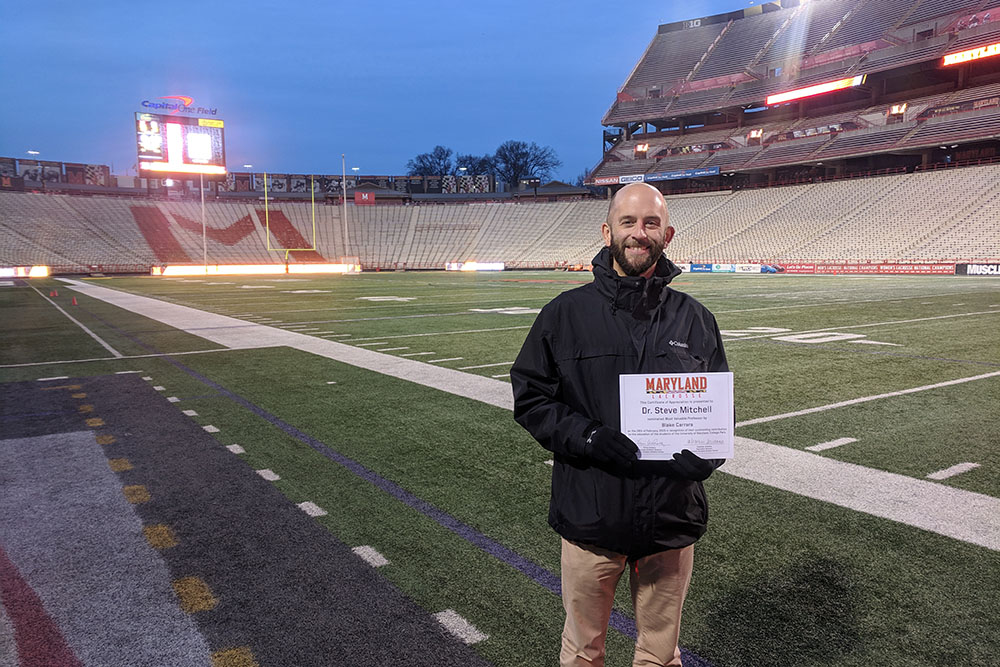